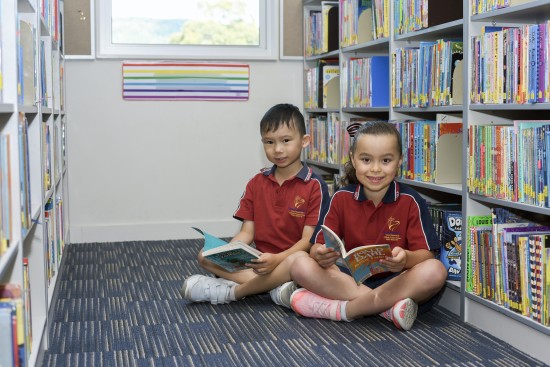 Good Samaritan is currently a school of 18 general classrooms with the addition of a Learning Support Centre including two Autism specific classes for students with Special Learning Needs.

Read more about What We Offer at Good Samaritan and Take a Virtual Tour of our school.

The emblem of Good Samaritan is made up of the Cross, the Heart and the road.

The Cross: Reminds us of the love Jesus has for each of us and our responsibility as children of God’s Kingdom to show that love to others

The Heart: The Good Samaritan showed his love of neighbour by seeing the need of another and, moved to compassion, proceeded to act to assist the man in need.

The Road: We are journeying together to grow in our relationship with God, with each other and with those in our parish community. We build this relationship through our thoughts, actions and words.

A Catholic School in the Diocese of Wollongong

Catholic schools have a long and proud history in the Australian educational landscape. Originally established by orders of brothers, nuns and priests in the nineteenth century, they are now almost entirely staffed and led by lay people.

Catholic systemic schools in the Diocese of Wollongong are either parish primary schools like Ss Peter and Paul, or diocesan secondary or K-12 schools. They are all co-educational schools. (The Diocese also has another seven independent congregational secondary schools, some of which offer single-sex education.)

Catholic schools have a unique character because as well as being places where learning is highly valued, they are places where priority is given to a values-based education in the Catholic faith. This involves all staff and students proclaiming the Good News of Jesus Christ to the world. Staff identify strongly with their school and take pride in their work and the school’s achievements.

Take a Virtual Tour of Our School